Like most people, I have a Facebook account. But, unlike most people, I have not accessed it for many years. I also have a personal and a business account on Twitter and LinkedIn but never followed the “woke” crowd to Instagram, Snapchat or TikTok.  Considering I work as a “Creative Technologist” many people find it odd that I do not have at least a business Instagram account.  But there lies the problem…. I have a major case of “FoP”!

On platforms like LinkedIn, it’s very easy to be a consumer of content and opinion pieces. With Instagram, and more recently TikTok, you really need to post your own content to get the most out of it.  If like me, you have a real “Fear of Posting” anything online then these platforms may not be for you either.

For those of you who know me, or have met me at one of the many events I have worked on around the globe, you will probably agree that I do not usually keep my options to myself!  In truth, I love nothing more than to regale a tale of woe and wonder of one of my many experiences in the entertainment industry over the last thirty-plus years.  Which makes my FoP even more of a surprise when people ask for my opinion online or ask me to post a review or make a comment.

Where does my fear of posting come from?

There are two main reasons for my Fear of Posting anything online, trolls and more concerning for me….. my dyslexia.

Trolls are just a fact of life these days.  No matter how informed or well-meaning your comments are, there will always be someone online who has an opposite opinion or what they deem to be superior knowledge.  This is something I should not be afraid of, and as we rebuild our Beatpixels website and blog with the support of the great team at Green Umbrella Marketing I can get over this, I am sure.  (A kick up the backside to write this article by their head honcho, Christina Robinson, has me jumping over my first hurdle.)

In honesty, what has been really holding me back is my dyslexia.  Again, those of you who have ever received an email or WhatsApp message from me that has been written quickly or when I have been tired will see this in its full glory!  No matter how many times I read something back, especially on a phone or laptop screen, I do not see the missing words or the auto corrects that turns me from being definitely to being defiantly confident on a particular matter.  Spelling and grammar checkers have helped immensely over the years, however, there have been many times that the squiggly red line has no idea what I was trying to spell, and I just have to try using a different word altogether.

A majority of engineers have some form of dyslexia, it makes us who we are. There many famous Dyslexics in the arts and sports world such as Walt Disney, Whoopi Goldberg, John Lennon, Chris Robshaw and Holly Willoughby.  Even American Presidents John F Kennedy, George Washington & George W Bush had dyslexia.  It is not a modern-day affliction either, it is said that Leonardo da Vinci and Albert Einstein were dyslexic.

Having Dyslexia has never held me back, I did not even know I had it until I was about 23 and was installing a projector at an adult education centre that specialised in teaching people to read and write.   After scribbling down some instructions from the client, I was asked if I had ever taken a Dyslexia test; I said ‘no’ as I was told at school that I was “just being lazy in English classes”.  Having taken the test (after installing the projector of course) the client explained that I did, in fact, have a form of dyslexia and how it affected the way I read and write.  It never changed me or the way I continued to write reports or detailed quotations, but It did give me the confidence to ask for help to proofread anything I was sending to clients and colleagues.  I have never had anyone ridicule or refuse to help me once I have explained my dyslexia.  But, when it comes to posting online, it is usually a spontaneous reaction to a tweet or a LinkedIn post without the safety net of the people around me – and therefore, I do not do it nearly as often as I should.

While I have been working on the new Beatpixels website, I came across the LinkedIn page of Kate Griggs who lists herself as a ‘Dyslexia Influencer | Speaker, TEDx | Made By Dyslexia Founder’.  Looking through her charity webpage at madebydyslexia.org and their #DyslexicSuperpowers campaign I have realised that it’s time to get over my FoP and share my thoughts and experiences.  Having Dyslexia is a gift that makes me able to see the solution to a client’s imaginative ideas, it lets my mind work in 3D to create life-sized holograms and it is how I am able to work with various technologies to be the Creative Technologist that I have become.

So, again with the support of the guys at Green Umbrella, I am going to make the commitment to write a series of articles over the next twelve months.  What I will write about, and whether it will make any sense at all… who knows! But let’s get it out there and end the FoP once and for all. 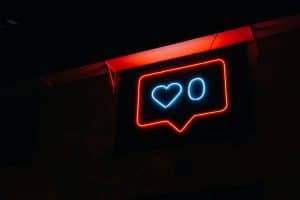