With the great help and support from the team at Green Umbrella, we took the opportunity that the national lockdown presented us with and overhauled and updated our website.

As we started to put the text together for the site, it prompted us to look at a central question in our business, which is, “What is a Hologram?”. After a quick search of the supergalactic highway, and LinkedIn, of course, it did seem that every new technological development was some kind of Hologram……. Hmm, curious.

So, does that mean everything is a Hologram?

If Prof Brian Cox and Elon Musk are correct, then yes, everything around us and even ourselves are Holograms, but that is not what we are here to discuss right now; we will leave that till another day.

What we are talking about here is the word “Hologram” increasingly being used to describe a Virtual Reality or Augmented Reality experience in marketing campaigns and customer experiences. Much of what we do at Beatpixels is based on either a Peppers Ghost or a HoloNet system, both of which have been referred to as Holograms for more years than we can remember, but neither of them nor any AR/VR experience is a true Hologram.

There have been a number of discussions and even some irate Holographers on LinkedIn recently pointing out that not everything you see being called a Hologram is actually a Hologram and is, in fact, an effect or an illusion.

During the course of putting together the new website, we wanted Beatpixels’ marketing terminology to be correct and still explain to the end-user what they will be able to see. To do that, we had to start with the elephant in the room (yes, Beatpixels, of course, can create one of those if you want one), and that is ……

What is a Hologram?

Dr Juris Upatnieks created the very first true Hologram in 1962, and the Oxford English Dictionary describes it as a “three-dimensional image formed by the interference of light beams from a laser or other coherent light source”. Which is all well and good, but does this really describe what a hologram is to the end-user? In the end, we realised that for us to explain the technicalities of what a true hologram is, we needed a more straightforward and simple description that our end users could relate to.

So here goes … Our explanation is this: “A Hologram is an image that is produced on a flat surface, which can be made of glass, plastic or an aluminium foil. When the image on the surface is viewed under the correct lighting conditions, a 3D recording of an object or piece of art can be seen.” It’s not the most detailed or technical explanation, but it’s enough to distinguish the difference between a Hologram and a Holographic effect.

What’s the future of Holographic effects?

Beatpixels MayaVision offering is based on a Peppers Ghost or a Holonet system, which tricks the viewer into thinking there is a fully formed 3D object in front of them. The structure to create these images is based on designs that are hundreds of years old. What brings everything together these days is the modern methods of creating the images.

For the past decade, images have been produced by filming in high and ultra-high definition in a studio environment or by computer animation. Clients are now looking to push the boundaries of what can be seen on a Holographic Effect. To do this, Beatpixles is working with LiDAR scans of objects and their locations to create revolutionary content.

LiDAR is an acronym of “Light Detection And Ranging” or “Laser imaging, Detection And Ranging”. LiDAR has been used for a number of years by the police to capture the scene of a road traffic accident, which can then be studied in detail at a later date, and by autonomous self-driving cars to analyse their surroundings. A number of apps have been launched over the past few months on the Apple store; here is a good example of what can be achieved with an iPhone. With Apple now including a LiDAR scanner into their latest products, we are able to create Holographic Effects that not only focus on the key object but also creates a 3D environment that can be manipulated as if it was a hologram at an affordable cost.

So, is everything a Hologram?? Well, not yet, but Beatpixels are at the vanguard of getting us closer every day to creating what could be called a Digital Hologram. If you are looking for unique ways to present your content, come and join our expanding group of associated companies. 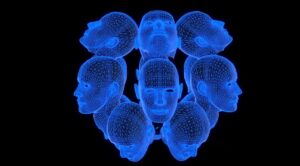